Arts and culture weave their way through the NH Heritage Trail 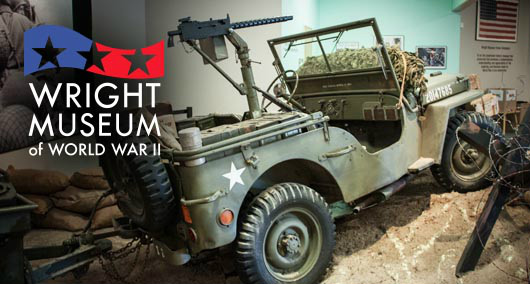 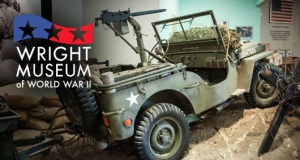 When people think of museums, they may or may not think of art and culture, which is something museums on the NH Heritage Trail seek to change in their offerings in June and beyond in 2016.

Charged with a mission to “create a public understanding and appreciation of the exceptional contributions on the home front and the battle fields made by World War II-era Americans,” the Wright Museum in Wolfeboro is one “must stop” for arts and culture lovers.

On June 19, the “Norman Rockwell in the 1940s” exhibition opens at the Wright Museum and will run through August 21. During World War II, Rockwell put a human face on daily life in home front America with iconic paintings that appeared on the covers of The Saturday Evening Post. “Norman Rockwell was—and continues to be—one of America’s most popular artists,” said Wright Museum Executive Director Michael Culver. “We are very excited to have forty-four of those Home Front covers in this exhibit.”

At Londonderry’s Aviation Museum of NH, a juried photography exhibit, “A Focus on Aviation,” will run through June 26. The exhibit was organized by the Granite State Airport Management Association (GSAMA) with the intent to highlight New Hampshire aviation and its importance and relevance to Granite State history.

In Manchester at the Millyard Museum’s Discovery Gallery, visitors will enjoy the special exhibit, “The Rise of Manchester,” through August 29. Featuring images from the Manchester Historic Association’s collection, the exhibit has been opened in conjunction with the Currier Museum of Art’s exhibit, “Urban Landscapes: Manchester and the Modern American City.”

According to the Millyard Museum’s Jeffrey Barraclough, the photo exhibit will highlight many of Manchester’s iconic structures under construction.

“It’s a great opportunity to see how the Jefferson Mill, Amoskeag Bank, Notre Dame Bridge, Hampshire Plaza, and many other Manchester landmarks looked as they were being built,” he said.

In discussing the vision of The Trail, Culver said he feels there is a burdgeoning synergy amongst member museums that can help attract new people to the Granite State.

“We are more than our artifacts and historical items,” he said. “We are developing programs, exhibits, and events we feel are as relevant to today’s visitors as they are fun…New Hampshire boasts an incredible history with a future just as bright. We consider ourselves one of the state’s gatekeepers.”