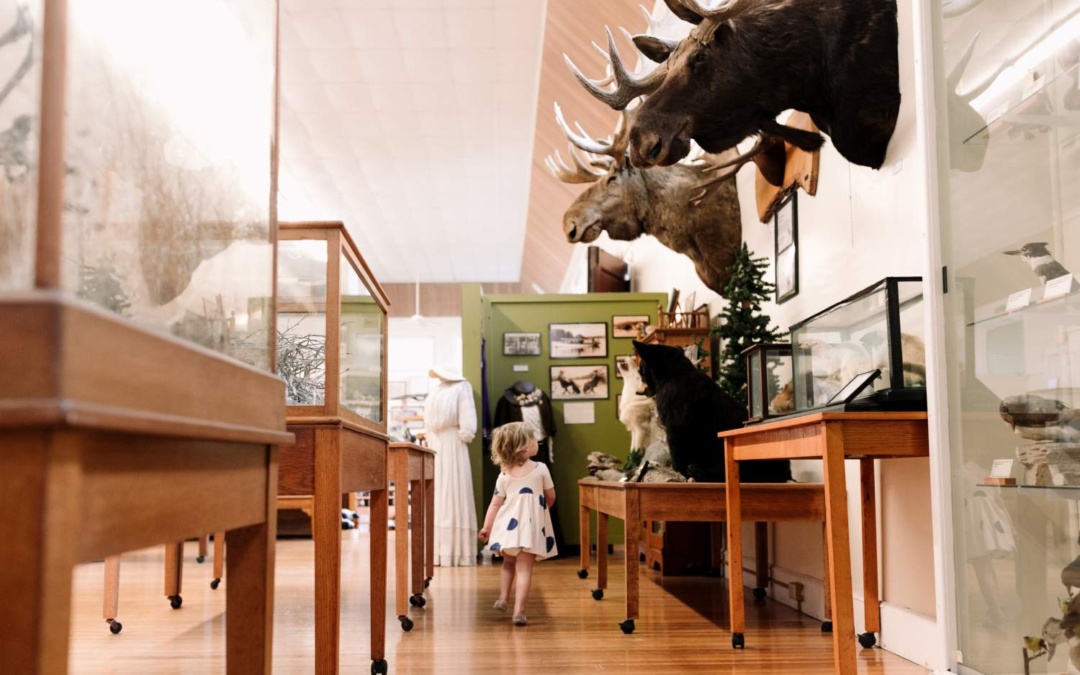 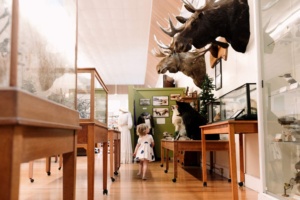 Kid and Moose at The Libby.

For Albee, returning to the Granite State after decades spent abroad was more than just a career choice—it was personal.

“This is where I was born and I have fond memories of spending time in the museum as a child,” said Albee. “I was delighted to come back after a long career away and give back to my community.”

After graduating from the University of New Hampshire, Albee received her master’s degree from the London School of Economics and accepted a post in the Diplomatic Service of the British government. Specializing in international economic development and public finance, her 25-year career included stints throughout Africa and Asia between which she served as Chief of Employment policy for the International Labor Office in Geneva, Switzerland.

A dual citizen of the U.S. and U.K, Albee retired from the Diplomatic Service in 2015 and returned to her native Granite State. In returning to NH, she cited a family connection, too, as her grandfather, John Allen Horne, was great nephew of Hattie Horne, wife of museum founder Dr. Henry Forrest Libby. For decades, the younger Horne ran the iconic Allen ‘A’ Resort in Wolfeboro, which is now the home of the New Hampshire Boat Museum.

According to Albee, The Libby’s timeless feel is about much more than just the historic building.

“Unlike a lot of museums, not everything in The Libby is behind Plexiglas,” she said. “You can touch the moose and the coyote. You can get up close to see what animals really look like. It’s interactive and immersive and that’s what I love about it.”

Her immediate goals for the museum include working to preserve the original collection, some of which comprises animal and bird specimens, plants and insects, Native American relics, early American antiques and implements, and more.

Acknowledging the collection has suffered due to inadequate insulation in the building, Albee noted the Town of Wolfeboro is discussing potential funding to upgrade the building with a more comprehensive restoration project in the future.

Longer-term goals include building a replica boat similar to one owned by Dr. Libby himself as well as extending the museum’s current trails to nearby Mirror Lake.

“It was the dream of Dr. Libby to have visitors be able to enjoy a vista across the lake to the Belknap Range as well as across Mirror Lake to the Ossipee Mountains,” Albee said.

Today, The Libby attracts thousands of visitors every year—numbers that she hopes will be bolstered through membership in the New Hampshire Heritage Museum Trail. With numerous events, exhibits and programs for all ages this summer, the NH Heritage Trail expects close to 250,000 visitors in 2017.

For more information about the Libby Museum, visit www.thelibbymuseum.org. Search for ‘New Hampshire Heritage Trail’ and find The Trail on Facebook.