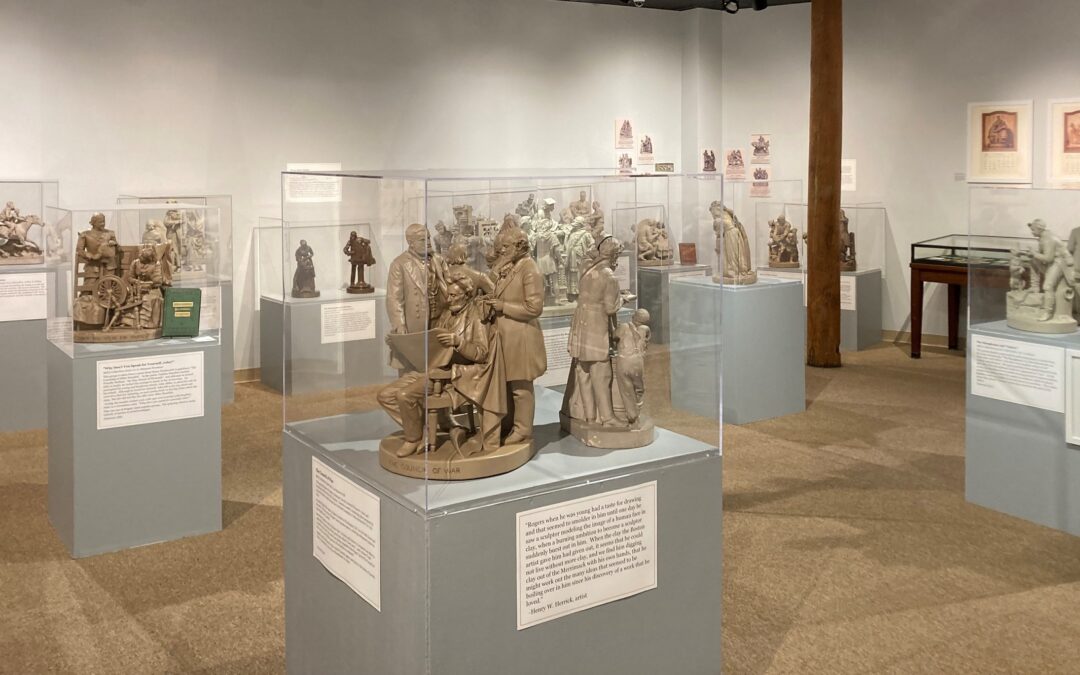 Now through September 30, the Millyard Museum in Manchester will present the exhibit, The People’s Sculptor: The Life and Works of John Rogers. A talented artist and successful businessman whose statuary “groups” were very popular in the late nineteenth century, Rogers (1829 – 1904) was known as “The People’s Sculptor.”

“He was the first American sculptor to mass produce his work,” said Jeff Barraclough, executive director of the Millyard Museum, one of more than 20 museums on the New Hampshire Heritage Museum Trail. “He sold as many as 80,000 sculptures during his lifetime and effectively brought the art of sculpture to the American middle class.”

Rogers got his start as a sculptor in Manchester while working as a mechanic in the machine shop of the Amoskeag Manufacturing Company from 1850 to 1856. In his free time, he began to model with clay he found near the Merrimack River in Hooksett, which led to his career as a sculptor. Towards the end of his career, he gave one of his finest works, a seated statue of Abraham Lincoln, to the City of Manchester as a gift.

“This exhibit celebrates Rogers and his art and the important influence Manchester had in his life,” said Barraclough, who is also president of The Trail.

To learn more about the exhibit, visit manchesterhistoric.org.

In addition to the Millyard Museum, member institutions on The Trail are located in New Hampshire’s Lakes Region, Merrimack Valley, and Seacoast.