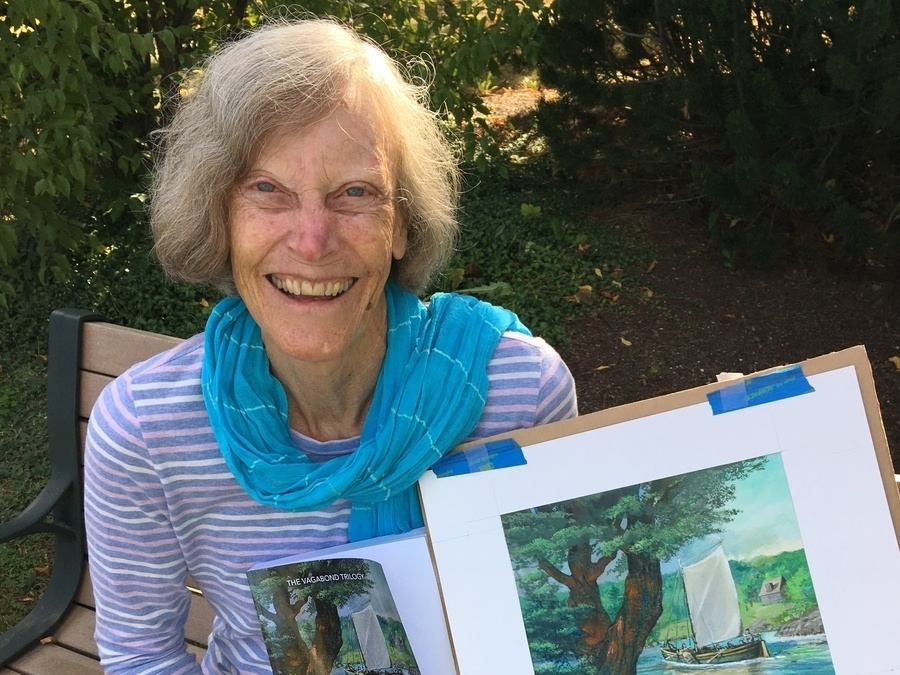 At the Woodman Museum in Dover, their Fall Speaker Series kicks off on Wednesday, October 6 at 7 p.m. with New Hampshire author Olga Morrill. She is currently working on the third book of an historical fiction series called The Vagabond Trilogy, which includes real people and events from the Piscataqua Region in the 1600’s. In addition to Morrill’s presentation, the  event will include an open discussion about colonial Dover in the early 17th century.

For tickets, or to learn more, visit woodmanmuseum.org.

Part of their Virtual Lecture Series, the New Hampshire Boat Museum (NHBM) in Wolfeboro will feature Daniel Boyne, author of The Red Rose Crew: A True Story of Women, Winning and the Water on Thursday, October 14 at 7 p.m. In his lecture, Boyne will discuss highlights from his book, which tells the story of a group of women who rowed their way to a silver medal at the 1975 World Championships in Nottingham, England.

“Their accomplishment helped to grow and change the sport for women,” said NHBM Executive Director Martha Cummings, who noted their Virtual Lecture series is free. “We are so appreciative of New Hampshire Humanities for its support of this and all our lectures, which reflect our continued focus on highlighting diversity in the sport of rowing this year,” she added.