“We are excited to welcome back NH Muscle Cars for the fourth year in a row, as their professional, organized and unique club events make them an ideal partner for our motor minded audience at the museum.” said Thomas Netishen, executive director.

At the event, which begins at 10 a.m., more than 300 muscle, classic and American made cars and trucks will be on display. “23 custom steel NH Muscle Cars trophies for the winners of each show category,” noted Philip Manro, founder of NH Muscle Cars Club, who expressed enthusiasm for the ‘cruise’ that leads up to the event.

“Our popular ‘cruise to the show’ departs from the old KMart parking lot in Hooksett at 9 a.m. and goes to the museum, giving cruise participants early access to the show,” he added. “Show car participants will also receive 2 free tickets to access the museum.”

Additional event highlights include a 50/50 raffle, official NH Muscle Car clothing and merchandise, vendors and two onsite food trucks. “While at the show, we also encourage visitors to stop inside the museum to see our new 2022 exhibits and test drive our iRacing simulator and slot car track with friends and family,” added Netishen.

In addition to New England Racing Museum, member institutions on The Trail are located in New Hampshire’s Lakes Region, Merrimack Valley, and Seacoast.

Now through September 30, the Millyard Museum in Manchester will present the exhibit, The People’s Sculptor: The Life and Works of John Rogers. A talented artist and successful businessman whose statuary “groups” were very popular in the late nineteenth century, Rogers (1829 – 1904) was known as “The People’s Sculptor.”

“He was the first American sculptor to mass produce his work,” said Jeff Barraclough, executive director of the Millyard Museum, one of more than 20 museums on the New Hampshire Heritage Museum Trail. “He sold as many as 80,000 sculptures during his lifetime and effectively brought the art of sculpture to the American middle class.”

Rogers got his start as a sculptor in Manchester while working as a mechanic in the machine shop of the Amoskeag Manufacturing Company from 1850 to 1856. In his free time, he began to model with clay he found near the Merrimack River in Hooksett, which led to his career as a sculptor. Towards the end of his career, he gave one of his finest works, a seated statue of Abraham Lincoln, to the City of Manchester as a gift.

“This exhibit celebrates Rogers and his art and the important influence Manchester had in his life,” said Barraclough, who is also president of The Trail.

To learn more about the exhibit, visit manchesterhistoric.org.

In addition to the Millyard Museum, member institutions on The Trail are located in New Hampshire’s Lakes Region, Merrimack Valley, and Seacoast.

This season, education and adventure are just two kinds of experiences possible on New Hampshire Heritage Trail, which stretches from Portsmouth to Manchester and up through the Lakes Region.

On Saturday, June 4 from 4 p.m. to 6 p.m., education takes center stage at the Museum of the White Mountains (MWM), as it hosts an Opening Reception for a new exhibit, titled Watching the Seasons Change. The exhibit, noted MWM Director Meghan Doherty, will explore the seasons through different lenses, including artists’ perspectives and scientific research. 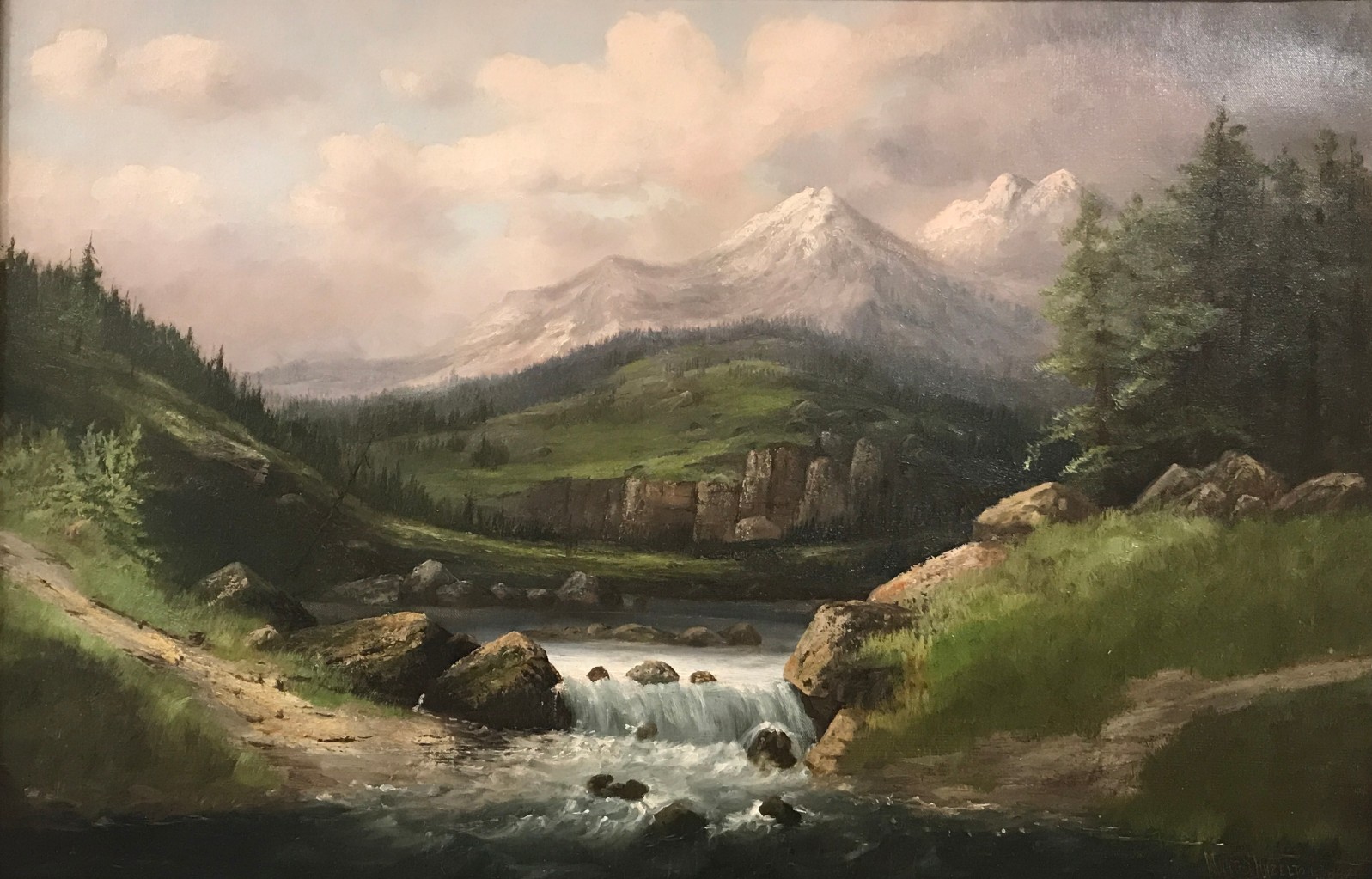 “Spring Thaw in the Presidentials, Mary Brewster Hazelton, Oil on Canvas, 1889. Museum of the White Mountains, Gift of Douglas and Karin Cullity Nelson.” 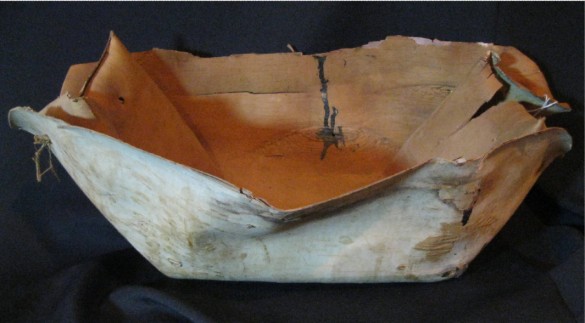 “As the seasons change in the Northeast, we all expect certain signs – the bright red of the sugar maple, the crackle of frozen puddles under foot, the sweet smell of fresh growth as the snow melts, the burble of the brook under a thick canopy of leaves.” she said. “This exhibit will take a look at how our changing climate is affecting those things.”

Watching the Seasons Change Opening Reception is free to attend. To learn more about the exhibit, or MWM, visit plymouth.edu/mwm.

For those looking for adventure, the Aviation Museum of New Hampshire will hold the annual Nashua Fly-In BBQ on Saturday, June 18 in Nashua, NH.

According to Executive Director Jeff Rapsis, this event is “a great kick off to summer” with fun for all ages. “This is a terrific event that we look forward to hosting every year, especially as a way to celebrate dads,” he said.

At this Father’s Day weekend event, some of the highlights include vintage and home-built aircrafts, vintage cars, and a virtual reality exhibit that features a world aerobatics champion.

The event will also feature a restored Consolidated PBY-5A Catalina, a twin-engined amphibious World War II-era aircraft. The airplane, one of very few of its type still flying, will be on display to visitors through noon, and will offer rides in the afternoon.

To purchase tickets, or learn more about the Aviation Museum in Londonderry, visit nhahs.org.

Aside from preserving the history and heritage of New Hampshire, individual museums on The Trail feature events, programs, exhibits, and experiential learning opportunities for all ages. To learn more about The Trail, including its Passport program, which provides buyers with one free admission ticket to each member museum, visit nhmuseumtrail.org.

Between 2018 and 2020, nearly 50 photographers captured the people, places, culture, and events of New Hampshire as part of New Hampshire Now, a venture that involves several museums on the NH Heritage Museum Trail.

“We are so pleased we have the opportunity to participate in this project and showcase exhibits that document life in New Hampshire during the past year,” noted President Jeff Barraclough.

At New Hampshire Now’s flagship exhibit at the New Hampshire Historical Society, this ‘life’ includes everything from county fairs and craftsmen working in their shops to kids at summer camp. This photographic diary also includes images of extraordinary events of our time, including first responders in the Covid-19 pandemic and Black Lives Matter protests held around the state in the summer of 2020.

“Visitors recognize not just the landscape, but owners of local businesses, well known artists, musicians, and teachers,” said Meredith Affleck, Manager, Exhibitions & Programming. “The photographs are works of art, really shining a light on the talent and commitment that these photographers bring to their work.”

At the opening reception of the New Hampshire Now exhibit at Belknap Mill, Andrew Hosmer, mayor of Laconia, was in attendance. He spoke to the legacy of the Belknap Mill, honoring Peter Karagianis, Sr. who, along with other dedicated community members, saved the Mill from destruction during a period of urban renewal.

“The Mill represents the history of a community, the stories of its people and a vision towards the future,” said Hosmer. “This exhibition shines a light on New Hampshire in a way that captures and reflects who we are…the beauty, the grit and our individual and collective resilience.”

To learn more about New Hampshire Now, including all exhibition locations, click here.

At the Woodman Museum in Dover, their Fall Speaker Series kicks off on Wednesday, October 6 at 7 p.m. with New Hampshire author Olga Morrill. She is currently working on the third book of an historical fiction series called The Vagabond Trilogy, which includes real people and events from the Piscataqua Region in the 1600’s. In addition to Morrill’s presentation, the  event will include an open discussion about colonial Dover in the early 17th century.

For tickets, or to learn more, visit woodmanmuseum.org.

Part of their Virtual Lecture Series, the New Hampshire Boat Museum (NHBM) in Wolfeboro will feature Daniel Boyne, author of The Red Rose Crew: A True Story of Women, Winning and the Water on Thursday, October 14 at 7 p.m. In his lecture, Boyne will discuss highlights from his book, which tells the story of a group of women who rowed their way to a silver medal at the 1975 World Championships in Nottingham, England.

“Their accomplishment helped to grow and change the sport for women,” said NHBM Executive Director Martha Cummings, who noted their Virtual Lecture series is free. “We are so appreciative of New Hampshire Humanities for its support of this and all our lectures, which reflect our continued focus on highlighting diversity in the sport of rowing this year,” she added.